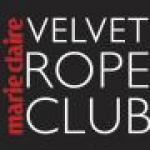 Looking for some free Household Stuff?

Marie Claire is a monthly womens magazine first published in France but also distributed in other countries with editions specific to them and in their languages. While each country shares its own special voice with its audience, the United States edition focuses on women around the world and several worldwide issues. The magazine also covers health, beauty, and fashion topics. Jean Prouvost created the first issue in 1937, which was distributed each Wednesday. In 1942, German occupation authorities in France stopped the distribution of most magazines, and Marie Claire was one of them. The magazine was not redistributed until 1954. At this time, it became a monthly publication. In 1976, Prouvost retired and his daughter velyne took over the magazine and added LOreal Group to the company. Marie Claire US edition was started by the Hearst Corporation, based in New York City, in 1994. Hearst has branch offices in France, Italy, and several locations in the United States such as Detroit, the West Coast, New England, the Midwest, the Southwest, and the Southeast. Marie Claire UK is part of IPC Media, based in London. In 2006, it launched its website www.marieclaire.co.uk with segments on daily news, catwalk show, photographs and reports, fashion and beauty, buys of the day, daily horoscopes and competitions.

Tags: None
422 total views, 1 today
fsgeek
Legal Stuff:Freestuffgeek.com does not claim to or imply to be directly affiliated with the manufacturer(s), brand(s), company(s) or retailer(s) of the products listed on this web site, and in no way claim to represent or own their trademarks, logos, marketing materials, or products. None of the companies that produce, manufacture, promote, or distribute the products listed on this website own, endorse, or promote freestuffgeek.com in anyway. FreeStuffGeek.com provides a removal request form for any party that believes that their work has been copied in a way that constitutes copyright or trademark infringement, or their intellectual property rights have been otherwise violated.